For July 4th, we had an awesome time at my friend’s farm in New Jersey. We had all our barbecue items ready until it started raining–the eggplants and corn didn’t make it to the grill. We ended up boiling the corns on the cob and put away the eggplants for later use. I then used the leftover corn and removed the kernels from the cob and mixed them with the eggplant to make this salad. 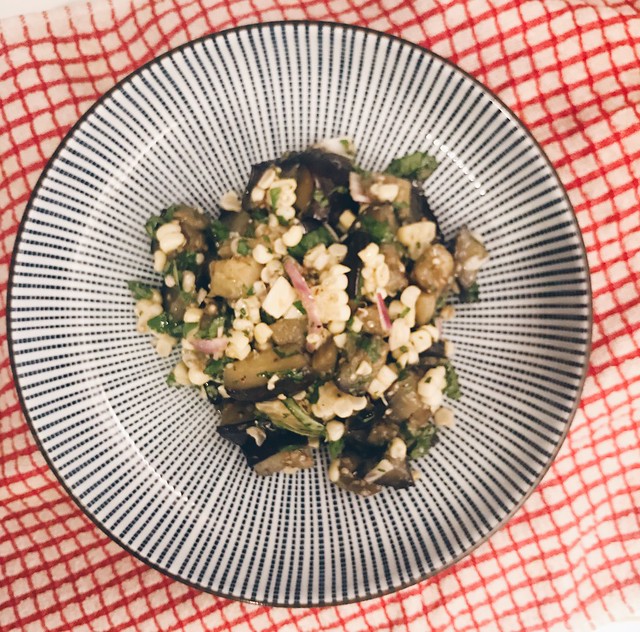 1. Toss eggplant pieces in some salt. Drizzle some oil until just about glistening but not too wet. The eggplant will absorb most of the oil quickly anyway.
2. In a skillet, heat some oil and then add the seasoned eggplants. Keep sautéing until cooked through, about 25 minutes. Turn off heat and let cool.
3. In between sautéing, whisk together 1/3 cup of olive oil with the cilantro, basil, red onion, garlic, red wine vinegar, and cayenne pepper. Season with salt and pepper, and set aside. Stir in the corn kernels until well combined.
4. Add the cooled eggplants to the corn salsa and toss well. Chill for a few minutes before serving.