It’s finally spring in New York City and I have to accept the fact that the muscari bulbs that I planted–and that bloomed last year–froze during the winter and have no chance of coming back up again. This means the tulips from Amsterdam that I planted prior to them are definitely d-e-a-d.

For this season, I opted to spend more money but invested in plants and flowers that thrive in part- to no-shade because of the lack of sunlight on my terrace. I’m just hoping that the unpredictable weather does not bring me a heat wave before spring ends.

Here’s a list of plants that I planted that are also Zone 7 to Zone 9 friendly, or for the New York City area, but also do not need direct sunlight. A reputable nursery should have them available: 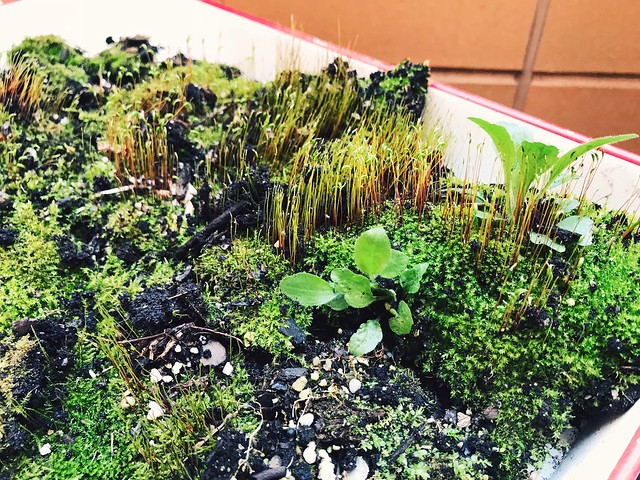 So to start, I lifted up all the moss that grew in my planter during the off season using a small garden shovel and set them aside on a tray.

I then used a garden clawer to mix, till, and reinvigorate the soil using a lot of elbow grease. I made sure I switched from using my right arm to my left arm just to balance the soreness I will feel later with this workout. I poured in the new soil until there was enough to fill the planter near the brim again. I then continued mixing the two kinds of soil; this is to distribute the new soil’s nutrients to the old one. 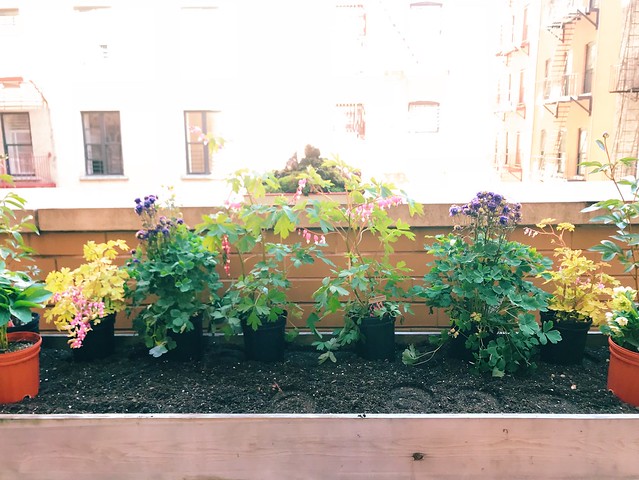 Then I planned how the plants will go by arranging them in place while still in their pots. I even took photos to see if I wanted them symmetrical or not. The taller plants went on the back, while the smaller flowers went in the front. The softer plants went on the side, like the ferns and the euphorbias. 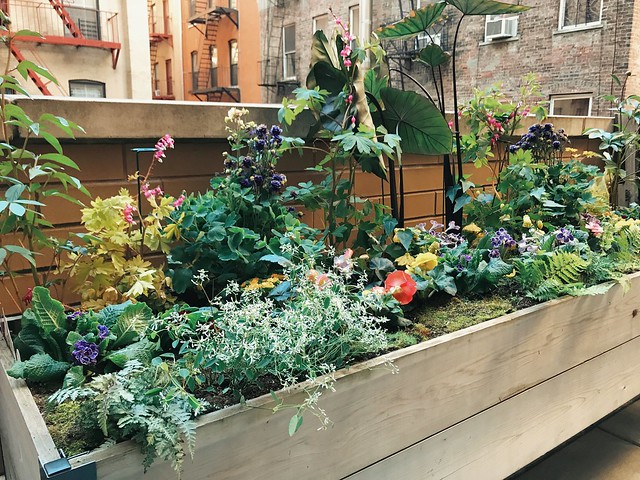 I started putting the plants in place. Since I decided on a symmetrical look, I worked from either side and then went towards the center. I was able to adjust the plants to a different position when it was necessary. When I was happy with the placement, I added more soil to top certain empty spots off and gently pressed down around the new plants to secure them in place. The taller plants like the elephant ears and the bleeding hearts needed to stand, so I added plant supports to hold them straight up. 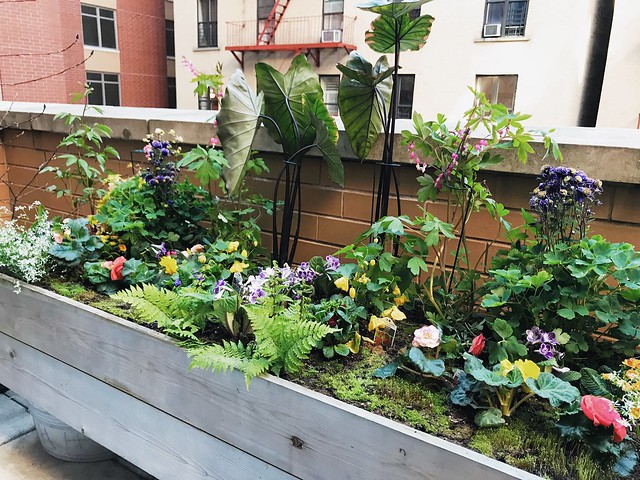 I then filled in the empty spots with the moss. They made such a huge difference; they made everything more green and lush! I only watered the next morning to make sure the soil has settled and wouldn’t run off the top.

It’s been 4 weeks now and we’ve only had a couple of days warm weather so far which I prepared for by watering the plants in the morning before I left for work. Everything still looks great–cross my fingers–and the peonies are starting to come out. 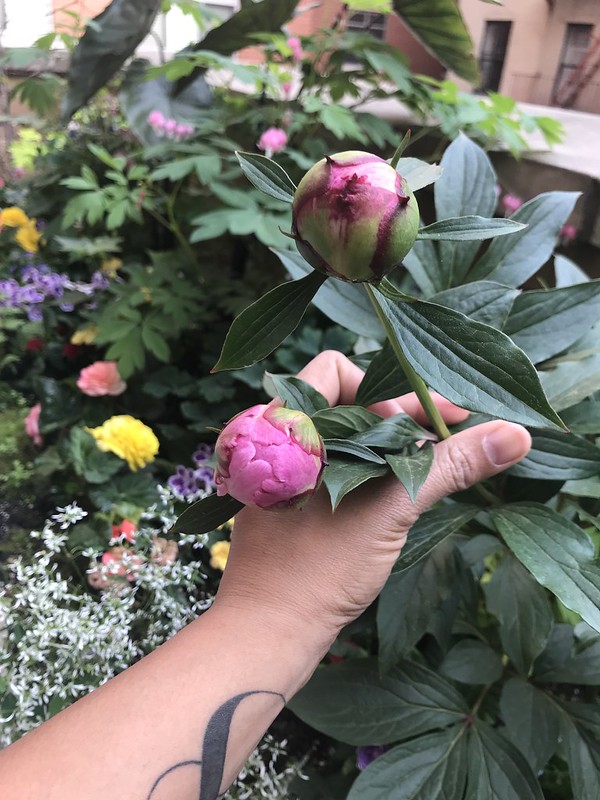 Related post/s:
I high recommend these gardening tools:
– trowel or gardening shovel
– a garden fork or a claw rake
– or get the 3-piece gardening set
– you will need soft garden gloves; I like them better because I can feel the soil without dirtying my fingernails
– these plant supports are everywhere inside and outside my apartment