What do you do when you have enough farm eggs to last you for a few weeks? You have 2 eggs for breakfast everyday of course, but you also have eggs for dinner. 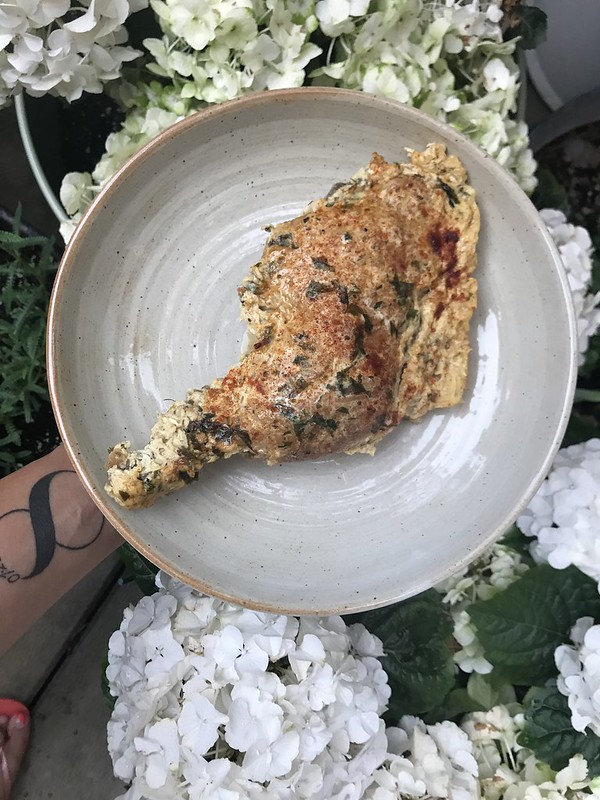 This tagine, d’jaj souiri, is different from your traditional Moroccan tagine because it has a more Spanish influence: the eggs like a tortilla, or a Spanish omelet. 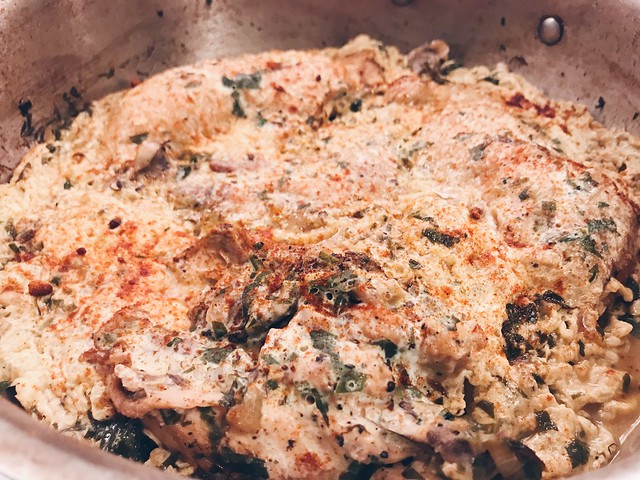 1. Brown the chicken pieces by heating some oil in a deep, large skillet and then adding and cooking them until they are golden brown on both sides. Remove them to a plate.
2. Using the same skillet, add a little more oil. Saute the onions, add saffron, and the cinnamon stick. Season with salt and pepper and then add 4 cups of water.
3. Add the chicken and turn up the heat to boil. And then cover and turn down the heat medium-low. Let simmer for 25 minutes.
4. In the meantime, beat the eggs in a bowl and season with cinnamon, cumin, salt, and pepper.
5. Uncover the skillet and turn the chicken over. Continue to cook, uncovered, to thicken the sauce.
6. Stir in the parsley and lemon juice. Pour the beaten egg all over the chicken and let it set, about 5 minutes. Sprinkle with paprika.